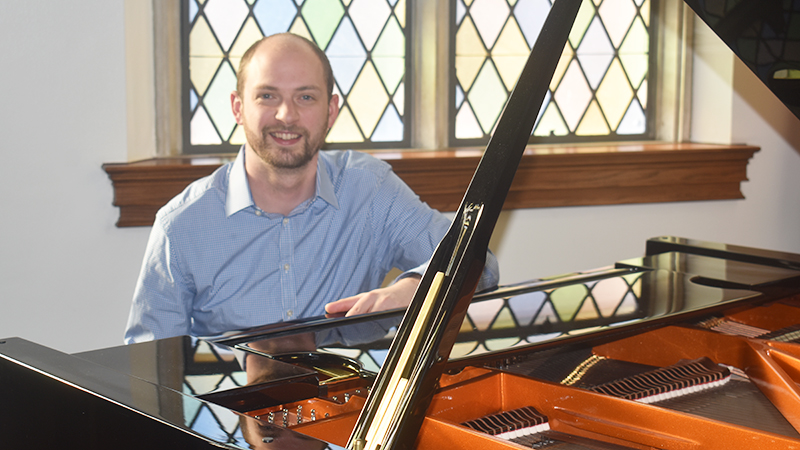 As 2023 begins, Andrew Harry is gearing up for his new position as Music Director of the West Georgia Choral Society. Harry took over the position after his mentor Betty Biggs retired in November 2022.

“I’m looking forward to getting started,” said Harry. “I have spent the last few weeks shopping for music and getting programs. I think I’ll be ready to dive with both feet next Thursday.”

Harry said that by becoming a music director, he wants to do music that’s different from what he’s done before.

“Betty and I share many of the same visions, which is why I think this has led to a wonderful and seamless transition,” said Harry. “Betty was a mentor to me and she not only helped me through this whole process, but also taught me how she’s done it over the years. She invited me to bring a new vision to it.”

In bringing in the new music, Harry said it appears to use some of the same music that Biggs originally brought in.

“We have different styles, but at the same time we share the same musical vision,” Harry said.

Prior to becoming music director, he was a choir accompanist since 2018. During this time he played at every concert and practice.

“This group is a lot of fun,” said Harry. “There are all kinds of energies, because we love to sing and we want to make music together. .”

Harry said he was excited about the chorus festival on March 11th.

“I used to wear it every year, but since 2019 I haven’t worn it because of COVID,” said Harry. “We are really excited to be able to do that again this year. We are doing something different and really special and partnering with the Troop County School District.”

He said the event will feature 60 middle school students from all three TCSS middle schools, together forming the Middle School Honor Chorus.

“They’ll really be featured at choir festivals and other local choirs,” said Harry. “I think we’re going to have a really special treat. It’s great to see the impact this has on these students and their families. It’s exciting to be able to experience a large choir setting.”

Over the years, Harry said he made many close friends in the choir.

“We are excited to see not only the same people return, but also new friends joining us and the community coming together. Making music together is the most special thing about a group like this. I think it’s one of them,” said Harry. “You get a random group of people who would never otherwise get together, and this one thing binds them together. I think that’s one of the magic things about music.”