Yesterday, the Ministry of Culture and the Taipei Book Expo Foundation invited the public to read “through the five senses” at the Taipei International Book Fair.

The exhibition will be held from January 31st to February 5th at Taipei World Trade Center Exhibition Hall 1.

Themed “The Multiverse of Reading,” this year’s exhibition features several pavilions and sections, along with a party hosted by Lee Ming-tsung, sociologist and CEO of Searchlight Culture Lab. said the ministry. 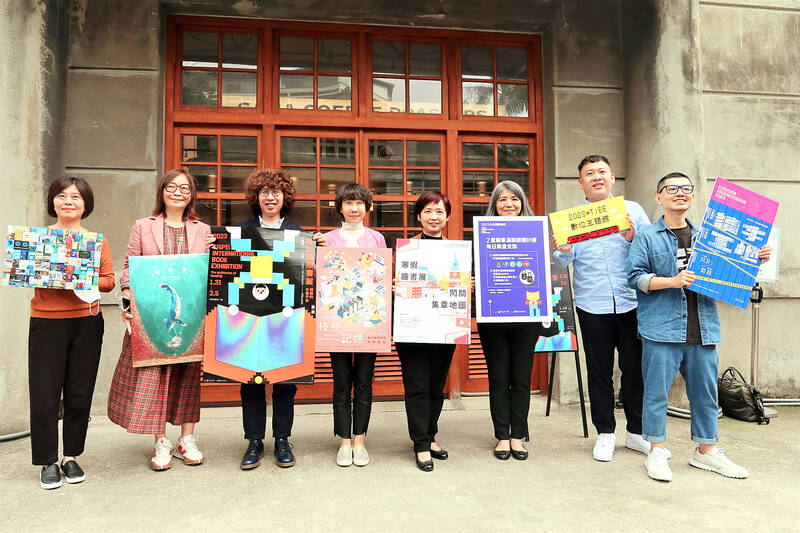 A party with the theme of “Listen to the Different” will be held on February 3rd.

“Reading and listening allow us to slow down, discover the unknown, and reflect on ourselves,” Lee said.

The children’s book pavilion for the marine life-themed exhibition will be constructed as a 16-sided polygon using Taiwan cedar, the ministry said.

In line with the exhibition’s sustainable philosophy, the pavilion will be built with recyclable materials other than plastic and wood, said foundation director Wang Xiuyin.

The National Museum of Taiwan Literature invited several Taiwanese publishers and representatives of the publishing industry to share behind-the-scenes details of the industry with readers in the literary section, said museum director Jun Li Lin.

Comments are moderated. Please keep your comments relevant to the article. Statements containing abusive and obscene language, personal attacks of any kind or promotions will be removed and users will be banned.The final decision is at the discretion of Taipei Times.