If you, like me, are one of those people with a continuous and ever-changing list of the top 10 bad guys in literature, then you’ve probably heard of the half-breeds in Larry McMurtry’s Pulitzer Prize-winning novel Lonesome Dove. ‘s Indian arch-fiend, Blue Duck is without a doubt. Moreover. At the moment, Blue Duck is flocking with Aaron the Moore from “Titus Andronicus,” Hannibal Lecter from “The Silence of the Lambs,” Moriarty from Sherlock Holmes, and Reggie from the Archie Comics series. (The way he treats Jughead is indescribable). In this spirit, when rumors first circulated that an Americana bar/restaurant called The Blue Duck was opening in New London just over a year ago, I thought: Who would name a restaurant after Blue Duck? We got our first clue that something was wrong when we walked into the handsome space on Bank Street in the old Brass Rail location. On one of his walls near the wooden deck overlooking the tracks, across the Waterfront His Park and the River Thames, is a huge mural depicting a cartoon duck with big red sunglasses.

teeth? This image does not allude to the characters being slaughtered across the 900 pages of the greatest novel of the 20th century. I told her wife Irene.

she sighed. “You’re probably the only person on the planet, including Larry McMurtry, who doesn’t realize that this blue duck alludes to Adam Sandler in Billy Madison.” 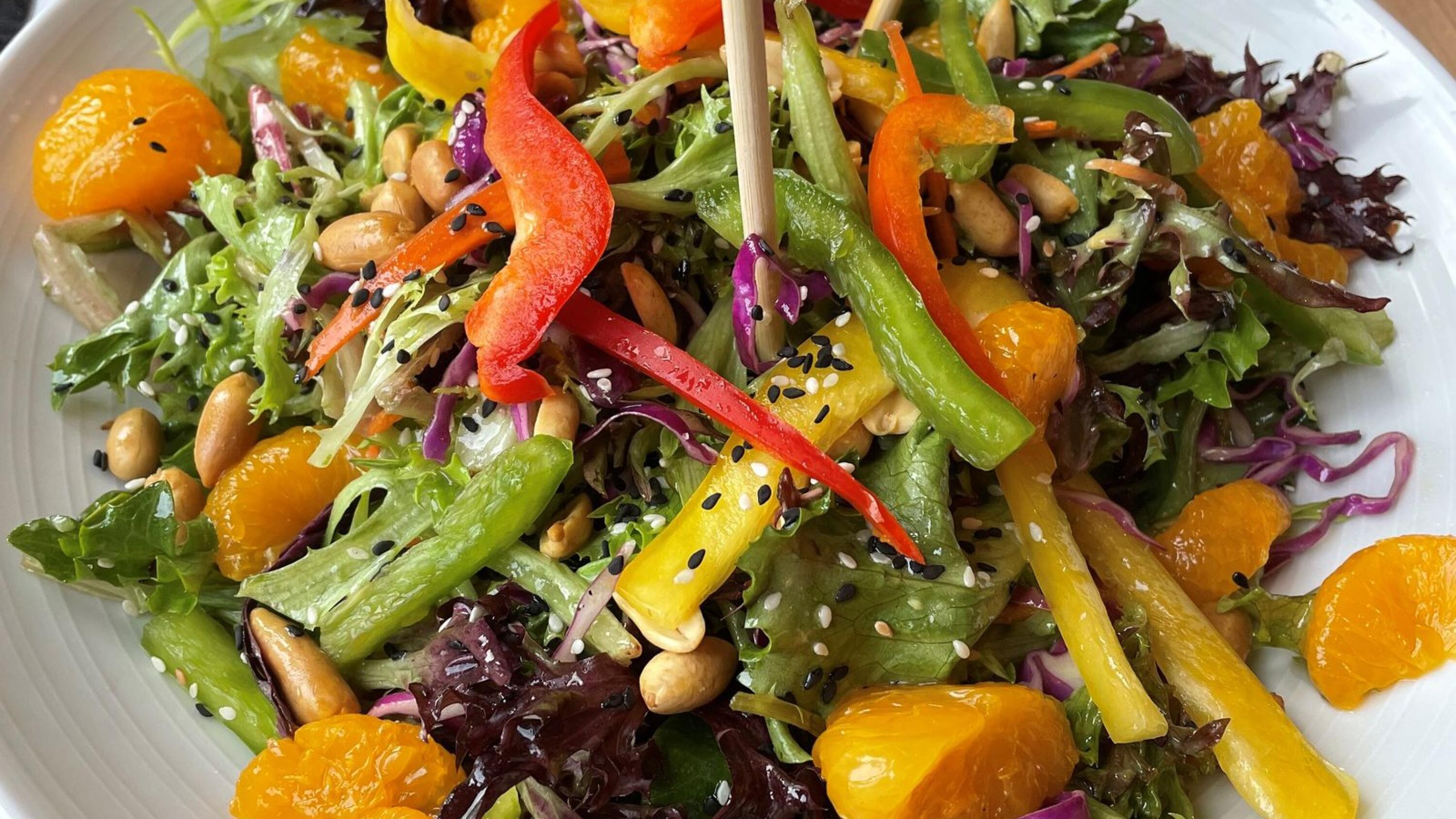 Whatever the source of Blue Duck’s reference, this is a cozy and hip place that can effectively appeal to a wide range of customers. Step into the base of the U-shaped layout. To the right is a narrow brick walled dining room with a skylight and a wooden table, separated by a wall from a similarly shaped salon area, with a handsome bar along the far wall and a long We are servicing the aqua booth.

The overall vibe is industrial with exposed ducts in the ceiling, brick or painted walls, spaceship silver bar stools, and designer lighting. The waitstaff are casually friendly and the service is prompt. At lunchtime, conversations with dining companions become easier. In the evening, the electronica/dance club is loud enough to melt the ears of all three of his guitarists in Anthrax.

The menu is cleverly distinctive, if limited. Under Starters, Plates, Soups and Salads and Handhelds, there are several options each. Standards include nachos, lobster bisque, fish and chips, Cobb salad, and half-pound burgers. For example, Nashville hot chicken sandwiches, smashed potato cakes, and Asian crunch salads may be less familiar.

As far as the bar is concerned, we have a good selection of draft and craft beers, specialty drinks and wines.

Eileen and I visited for lunch one day and dinner another day and mostly enjoyed our experience.

We split the Giant Fried Pretzel ($12) with Blue Duck Lager Beer Cheese and Honey Mustard Dip. The pretzel is hanging from a futuristic metal contraption that was kind of cool until the pretzel broke and knocked over the beer can. Our waitress quickly replaced it with a properly cooked one. Chewy overall, not crispy on the outside, but especially flavorful with the cheese dip.

I also explored the bisque ($8 for a generous bowl and was delighted with the thicker version, which had a great sherry presence and lots of lobster containing huge chunks as part of the presentation.

Also from the appetizer section – but Eileen’s choice as an entree due to the lack of many vegetarian options – was falafel ($14) and on the next visit, crispy Brussels sprouts ($12). The former consisted of two fairly large chickpea patties with mixed greens and hot tahini sauce. Like the pretzels, they weren’t as crispy on the outside as I expected, but they tasted good and the tart sauce was good. According to the menu description, they were supposed to arrive with homemade kettle chips, but alas, they were nowhere to be seen.

The brussels sprouts were a favourite. E ordered the Nashville Hot version (other sauces included a PB&J variety and a maple/cinnamon blend. Ducksters never skimped on sprouts. Basket full All were coated in a tangy but not overly spicy sauce). Also, the uniform size of the sprouts made everything cooked consistently and very easy to put in the mouth.

I especially enjoyed the Birria Taco Plate ($16). This included his three fresh corn tortillas stuffed with shreds of slow-roasted beef garnished with chiles and herbs, a Monterrey and mozzarella blend, a hooky pico de gallo and, most interestingly, an identifiable The existence of a successful consomme.

On our second visit, we also liked the Cubano Sandwich ($15). The pork slices had a very unique flavor — could it have had consomme too? — and blended wonderfully with the very sweet ham and Swiss cheese. were held together well.

Will visit Blue Duck again — I admit the ‘Lonesome Dove’ theme didn’t work out — and from our visiting crowd, I think this is already going to be a very popular part of New London hospitality. The scene.

Atmosphere: Clean lines, industrial components, colorful paintings of big blue ducks. The music at night is very loud—this once came from a man who sat 15 yards from Kerry King’s rig at a Slayer concert.

Service: Very attentive even on a busy night. Food and drinks were delivered promptly and frozen pretzels were graciously replaced at top speed.

Charter: May be crowded on weekend nights

Disabled access: Toilets require a step, but restaurant entrance is at street level