Why ‘alive’ star Bill Nighy is a cinematographer’s dream

“Stepping into Kurosawa’s footsteps has been an honor and a very terrifying journey,” said cinematographer Jamie D. Ramsay, who won a Bronze Frog at Cameraimage this year for his impressive work on film. rice field. “And the only way to justify it was to step away from direct homage and let his movie heroes sit in the background of our subconscious. I was able to go out and create something new.” 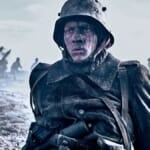 “Alive” sets the tone early on with an opening title sequence full of archival footage that places the audience in 1953, when the photograph was taken. “The aim was to create a visual context for where we were in that world very quickly and smoothly, and it was a great way to place the audience within the story.”

But Ramsay and his collaborators’ delicacy of light and perspective in the shadows is most effective in the superlative starring, who conveys his inner struggles in carefully calibrated stillness. was an actor. “Bill dominates space and has a gravity that becomes very apparent when you’re around him. He has a charisma that makes him seem lighter,” Ramsay said. “Oliver and I have set the stage for an actor to find the right feeling, knowing when to leave him, when to give him silence and peace and be alone with him. was.”

Ramsay’s work was also released in 2022 in the caper comedy “See How They Run” (set in the same era as “Living”). His work will soon be seen in Andrew Haig’s highly anticipated film ‘Strangers’ starring Paul. Mezcal and Claire Foy. But his project wishes high on his list are those in line with his sci-fi in art, a genre he thinks is sorely overlooked in modern cinema. “I feel like you’re getting this division in sci-fi,” he said. I want to be part of a film that is deeply rooted in and do something really special.”

See here for more information on the underline issue. 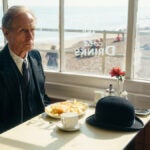